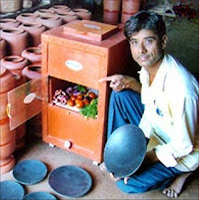 Q6)Should I listen 2 opinions re my writng? No. Especially friend's & fmly. Listn 2 Ur inner voice says, That's gd. Or that's bad. It's the only voice that doesn't lie.
HEALTH TIPS THAT WORK 4 ME: Positive news that talk about people helping people: CNN.com - Transcripts Oct 7, 2010 Well, how can clay and mud help keep poor people from starving? It's a daily routine for people who can't afford refrigerators to store food in, modern kitchen equipment made of clay. The refrigerator cools naturally without using any electricity. It is ideal for rural areas. From refrigerators to water filters, Mansukhlal is making all he can from good old mud.
NEXT: Review of Rhonda Byrne's, THE SECRET.
Posted by camincha at 9:44 PM No comments:

ON MY MIND. NEXT.

ON MY MIND: To answr Avotcja––B.A. band leader,musician,KPOO DJ. She askd us on FB, WHAT CONNECTS YOU TO YOUR MUSE?

Connects me 2 my muses. Yes, plural, there is many of them. & always different ones, r their voices in my head, there is where they live. & they talk & talk & talk, telling me 2 write. What 2 write. Until I start & I write, & I write, & I write the short stories, the poems. But 1 time they wouldn't stop, kept talkng on & on, I kept writng, had no choice. & that's how 1 short story turned into my novel, AS TIME GOES BY.

NEXT: Q6)What if I borrow an idea? A) No. Be honest. 2 write Ur own story always works.

Posted by camincha at 4:07 PM No comments:

Suerte Chile. Buena Suerte Chile. ¡ Que VIVA Chile!
Possible rescue of MINERS in Chile. Approximately @ 4pm PT, today.
First time in history this has ever, even been atempted.
NEXT: Q & A.
Posted by camincha at 11:04 AM No comments:

To Ur mind: AP STOCKHOLM – Peruvian Mario Vargas Llosa won the 2010 Nobel Prize in literature on Thursday as the academy honored one of the Spanish-speaking world's best known authors.
The Swedish Academy said it honored him for mapping the "structures of power and (for) his trenchant images of the individual's resistance, revolt and defeat." Its permanent secretary, Peter Englund, called him "a divinely gifted storyteller" whose writing touched the reader."(This award is)Peru's President said, an enormous act of justice that in truth we have been waiting for since our youth,"

IUniverse iUniverse WITHOLDING ROYALTIES on my book, AS TIME GOES BY.

'Cause I e-m & phoned iUniverse for a year & a half, in May '09 was the one & last time iUniverse send me a ck, $41.34 for royalties on my bk AS TIME GOES BY, published '05. Nothing since, even thou I showed them, it is promoted all over the Internet in soft cover & e-book in several languages. And that searching the Internet I find dozens of complaints like mine. How many $ is iUniverse withholding?

Posted by camincha at 9:32 PM No comments:

From my mind to 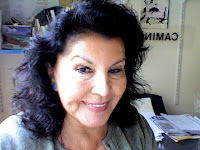 your mind: What is happiness 2 a writer? A thoughtful publisher, full of consideration, responds 2 submissions by return mail!!!!!!! YES. It makes up 4 all the lonely moments, just U & the comptr, or when the comptr froze, or ate Ur work––isn't the dog anymore---rejectins by return mail, hrs, days editng, editng or, or.........
The gd news? happened 2 me. I sub my poem, PORTRAIT OF A COUPLE, to Dc Ricci professor @ University Albany-SUNY & editr/publishr of http://MyStoryLives.blogspot.com/ & 2 days, later, sept 29, her e-m said: This is a poem you cannot miss....Sometimes a poem comes along and it just takes your breath away. "Portrait of a Couple" is one such poem. Don't miss the way California writer Camincha captures a couple's "dance"–– sept 30, Dc Ricci's e-m said: you hit one out of the park, as we say in baseball. Hi Camincha, your poem really is a winner! I have asked my 46 college freshmen at SUNY Albany to read it for Friday, along with poems By Sharon Olds and Charles Bukowski. Your work stands well among the Best, my friend.

PORTRAIT OF A COUPLE

I see them dancing. Where did they go wrong?

Was it because they turned too quickly?

Was it because they danced too fast?~

She learned though. And survived him by not dwelling on the past.

And when the memories kept intruding, the years of hunger,

The love. Yes, the love. She thought only of the dancing they did

in those years before he made his last journey. Before he went

into that last number. Before he took his last step.

They danced it in that Bar Lounge in San Francisco.

A Peruvian band was in San Francisco, friends called to tell them.

They got a baby sitter. Changed, The Little Black Dress.

for her with the white buttons. The opened shirt for him

with slacks and sport jacket. Put gas in the car. An extra dollar,

it went far then. And they were off. And danced. And he played the

maracas and the palitos He was good at it all.

And the women warming the plastic covers looked up begging him

with their eyes to dance with them. He obliged. Ever the dancer,

ever the charmer. And when he walked them back to their

plastic cover seats they were all aglow. Rouged cheeks all the

more prominent, and lips as moist as the behinds they sat on.

He was also a body builder when body building hadn't even been invented.

So good, at so many things. Why wasn't in him then, to be a husband,

a father? Was it because his own hunger knawing at him was more

powerful than his children's? And had to be fed, every moment of every day.

So he couldn't feed anyone else morally, emotionally, physically?

There is no going back now. I see you as you were then.

The young, much too young, good looking couple full of promises.

I see them dancing. Where did they go wrong?

Was it because they turned too quickly?

Was it because they danced too fast? 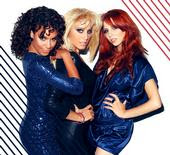 To Ur mind: In THE VIEW @9:20 this morng Justin Timberlake of THE SOCIAL NETWORK, had this excellent advice, he said "my advice to everyone is, don't drop your panties."