The Corner Store, Where the cookies came in two sizes…

The corner grocery store of Alba’s childhood, she recalls being nine, was very special. It took the role of today’s Community Service Centers: If you were not home when a package was delivered, they would accept it, hold it for you. They would take messages. They would let you know when that special brand you were waiting for came in. If you didn’t have a phone they would let you use theirs. Some charged una peseta, twenty cents, or if you were a regular they would just let you borrow it. Saying, “No. No charge for you,” and slide back the peseta you had placed on the counter perhaps adding with a smile, “you are a preferred customer.”

Alba’s grocery store at corner of Porta and San Martin in Miraflores, same block as her house, was owned, like most small grocery stores in the area, by Chinese. Two Chinese men. Both tall, good-looking. One was called Lin Lin. Alba never knew if that was his real name or not. She just accepted it, the way children take some things for granted. Lin Lin was friendly, helpful to his clients. He smiled whenever he saw Alba. Often he saw her from his post, sitting behind the counter, before she saw him. As she approached all of a sudden, his eyes would be visible, then his smile as he rose from his chair.

Lin Lin’s store was spacious, clean, with a large counter and a high ceiling. Its walls were lined with drawers. Little drawers. Large drawers. They went all the way up and down the walls. The drawers contained all kinds of merchandise. On one side, they held a well-organized rainbow of threads, ribbons, small pieces of yardage. Next needles, thimbles, measuring tapes. Another group held writing paper, pencils, erasers of all shapes, sizes and colors. An entire side had make-up, tiny perfume bottles and First Aid items. Other drawers held rice, all kinds of beans, noodles, wheat, coffee, tea. But the drawers Alba always zeroed in on were the ones that held the cookies.

In fact that was why this grocery store was so very special to her because of the cookies that were sold there: butter cookies. Flat. They were plain on one side and on the other, they had a clown’s face outlined in brown. They came in two sizes, one the size of una peseta, twenty cents, the others the size of a silver sol, un sol de plata. Cookies so thin that she wondered how they held their shape. When she put them in her mouth they felt sturdy. Ah! but soon they cracked into tiny, little pieces and their delicious flavor spread through out Alba’s slim, little body.

And she did get a lot of cookies for one or two cents since Lin Lin was most generous. He measured the sale with his hand. And to Alba’s delight  he had a large hand with long fingers. 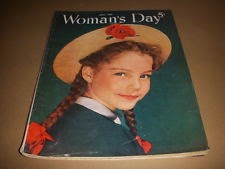 True story! So long ago.